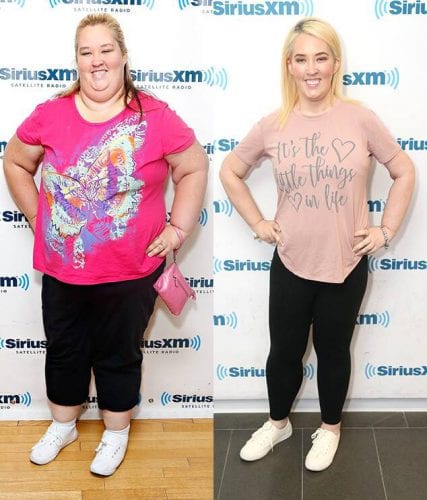 She became a reality show star with the debut of  “Here Comes Honey Boo Boo”, a forgettable story of low-income folks entering their child in beauty pageants.  The show made an instant star of Mama June’s daughter, Alana.  But it also made mom Mama June (as well as fat cakes) a household name.

One of the defining aspects of the show was the obesity of the entire family and the poor eating habits they employed.  The family was ridiculed on social media for their unhealthy lifestyle and food choices.  Mama June’s parenting ability was also roundly criticized for her exploitation of her young daughter Honey Boo Boo.

However, fans flocked to the show for unknown reasons.

The series didn’t last long, but it’s hard to keep a bad thing down, so a new show was created in 2017, “Mama June: “From Not To Hot”.  It focused on Mama June getting a revenge body after the breakup of her marriage.

To get a revenge body, the reality star had to lose a lot of weight.  The scales recorded her at an astounding 460 pounds when she began the transformation.

The show promised to follow Mama June’s every step on her journey to be “hot”.

So what did Mama June do?

June underwent multiple plastic surgeries including a gastric bypass, gastric sleeve, a tummy tuck, and a breast lift. She managed to spend a cool $75,000 on surgeries.

Excess skin from the drastic weight loss was also removed by surgery.  A bonus was an extra 9 pounds disappeared as a result of this surgery.

In addition, she began to change her diet and even began to exercise in small quantities, reportedly even briefly using a trainer.  However, her chronic problems with food continued.  In 2017, on an episode of Mama June: From Not To Hot, she admitted that she struggled mightily with binge eating unhealthy food and was finally seeking help.

“I’m joining a small weight-loss support group. Although I got rid of all my junk food, it would be great to get some help to keep the weight off long-term.” She said, “I mean, I’m really nervous about walking into a room of people I don’t know and talking about my overeating. I’m scared, but I’ve got to do something.”

Amazingly, June got down to a (make every woman jealous) size 4 and even began to be featured on magazine covers while becoming a national celebrity.

Not surprisingly however, she began to gain weight again on the second season of her show.  The unhealthy eating habits returned, and she reportedly gained 25 pounds quickly.  But America continued to watch the Mama June train wreck every week bringing her more notoriety and wealth.

Keeping weight off is nearly impossible if you don’t change bad habits and like many people struggling to lose weight, June began to try different popular diets including Keto but experienced little success. Yo-Yo dieting also known as “weight cycling,”  is a phenomenon where a dieter engages in a pattern of losing weight, regaining it and then dieting again.  The result is usually increased weight gain.  This was Mama June’s result.

And her addiction to fat cakes is a major problem.

Since that time in 2018, June’s life seemingly has spiraled out of control with an arrest for drug possession and drug paraphernalia with her new boyfriend.

June and her boyfriend, Geno Doak were charged with felony possession by a grand jury after the March arrest.  The couple was accused of being in possession of crack cocaine, which is a felony, and a crack pipe, which is a misdemeanor. The couple allegedly had hypodermic needles in their possession as well. In addition, Geno was charged with domestic violence.

The charges came a mere 4 days after a family intervention was held for June.

She did agree to enter a rehab facility but was checked out after a mere 12 hours by Geno and never returned.

Also during this time, her daughter Honey Boo Boo (Alana Thompson) moved out of her mother’s house permanently.

With so much drama surrounding her life,  weight loss took a back seat and her whole life began to spiral out of control. The result was dramatic weight gain and other health problems.  Without a doubt, her boyfriend seems to bring out the worst in June.  However, the two remain in a relationship as of September 2020 and claim to be sober.

Reports are that her pay is being cut dramatically for the 2020 season of the television show as her life continues to trend downward while her weight moves upward.  She is now estranged from her family.   There are also reports she is planning on another gastric sleeve surgery to restart her new weight loss journey.

However, her story will more than likely NOT have a happy ending.

Sadly, the answer is yes.

How much does Mama June weigh now?

According to reports, June has been eating a lot during quarantine and is now at 210 pounds.

What does Mama June do for a living?

June continues to star in her own reality television show.

How did June Shannon lose weight?

What size is Mama June?

June lost 300 pounds and managed to get down to a size 4. Since then, she has reportedly gained 50 pounds and her size is unknown.

Is Mama June together with her family?

June is back with her family as her show has been renewed for another season although the title is now, "Mama June: Family Crisis."

Is Mama June still together with Geno?

The two are still together despite being arrested for drug possesion in 2019.

Is Mama June in rehab?

On the season finale of her show in 2019, she did enter rehab for a two-week stay.

How did Mama June lose her tooth?

Is Mama June on drugs?

In 2019, June was arrested for cocaine possession but now claims to be sober.

June has vision problems because of her childhood cataracts that were never properly treated. The Christina Aguilera Weight Loss Diet – Incredible Story Of How... 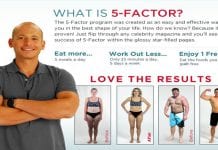 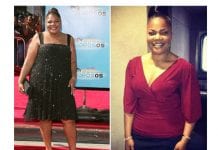 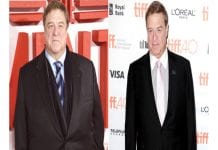 How Much Does John Goodman Weigh? His Journey To Thinness! 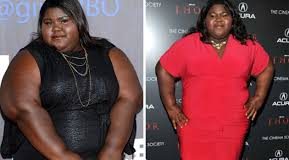 Precious Weight Loss – How Did She Do It?