What Diet Pills Do Celebrities Use? 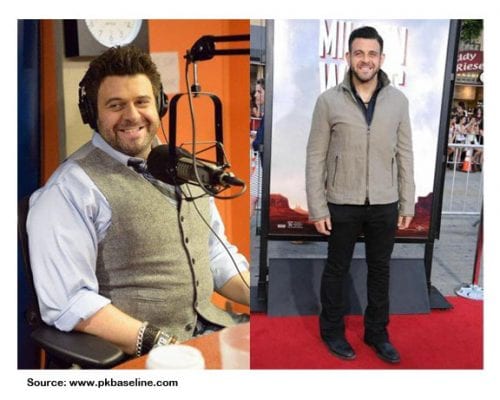 Adam Richman is famous for one thing; eating a LOT of food.  His big break came with the hosting gig of “Man vs. Food” on the Travel Channel.

The premise of the show involved Richman traveling across the U.S. and trying to beat eating challenges from different restaurants.

Man v. Food was a huge success in the ratings for The Travel Channel and Richman quickly became a star for the first time in his life.

The premise was based on the “sport” of competitive eating.  Richman would travel all over and try to complete famous food challenges while the world watched on television.

The result not surprisingly was massive weight gain.

By the time the show had wrapped up its run in 2012, he was the heaviest he had ever been.

So Did the Travel Channel Star’s  Show End Because His Health Was Poor?

The end of his show, Man v. Food was unexpected.  This fueled plenty of speculation that the reason the show was cancelled was Richman was having serious health problems.

Richman adamantly denies this and says there are several different reasons that the show ended.

According to an interview with The Guardian, he made the decision to end the show and it had nothing to do with his health.

“The simplest way to put it is to say that the spectacle diminishes over time,”  he said.

He went on to say it was time to do something new and that he didn’t want his fans to get bored.

The rumors that he had been forced to step away continued, but he told the BBC not only was that not the case, but he was shocked at how many “sick people” wanted to believe he’d been forced into retirement by illness.

Richman obviously became angry and resented the rumors that he had canceled the show because of his health, at least solely. In a Facebook post-Richman stated “Okay. Once and for ******* all – I am not dead, I am in good health thankfully, have suffered no health setbacks.”.

So the truth is that we will probably never know the entire truth.

So, How Is His Health Now? And What Food Does He Eat?

Going to a doctor soon after the cancellation of his show, Richman was shocked when he got on the scale (he will not share the number).

This was the turning point in his life and he embarked on a new healthy lifestyle.

Favorite foods included vegetables and yogurt.  He drank only water and usually a gallon a day.  He threw out all his favorites like peanut butter and ice cream. 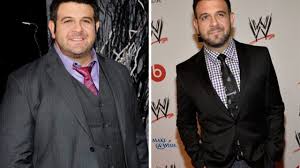 He even became a vegan for 3 months but that didn’t last.

His exercise routine was a little different.  He incorporated sprints and squats along with soccer for up to 90 minutes a day at least 5 days a week.

He looked at weightlifting and sprints as training for soccer and it became easier for him.

Richman eventually dropped 70 pounds with his new lifestyle and has managed to keep it off so far.

He is a true success story. and I hope he can continue the healthy habits and maintain his current weight! 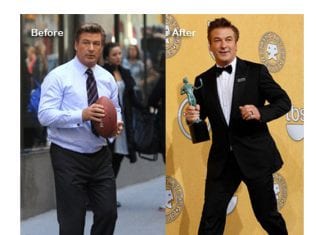 Joel Dreher MS EdS - July 2, 2018
Has Alec Baldwin Lost A Bunch Of Weight? Check out or weight loss supplements page. Throughout his acting career, Alec Baldwin has been known as a...

The Truth About Aerobic Exercise 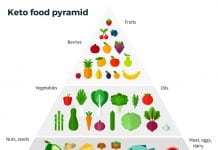 Does A Ketogenic Diet Lower Cholesterol? 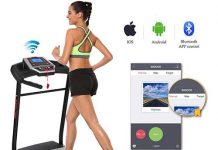 Best Treadmill Under 1000 For Running 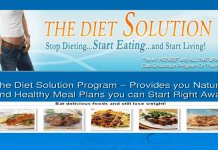 How Did Chaka Khan Lose Weight? The 1 Thing That Worked!